French Antilles and Guiana: on the international cocaine trafficking routes 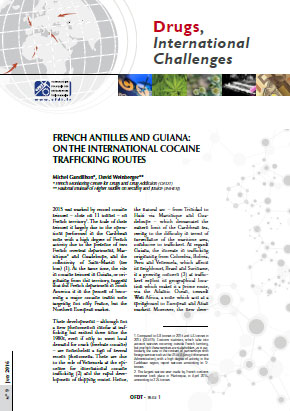 2015 was marked by record cocaine seizures – close on 11 tonnes – on French territory. The scale of these seizures is largely due to the operations performed in the Caribbean zone with a high degree of French activity due to the presence of two French overseas departments, Martinique and Guadeloupe, and the collectivity of Saint-Martin. At the same time, the rise in cocaine seizures in Guiana, or originating from this territory, suggests that this French department in South America is in the process of becoming a major cocaine transit zone targeting not only France, but the Northern European market.